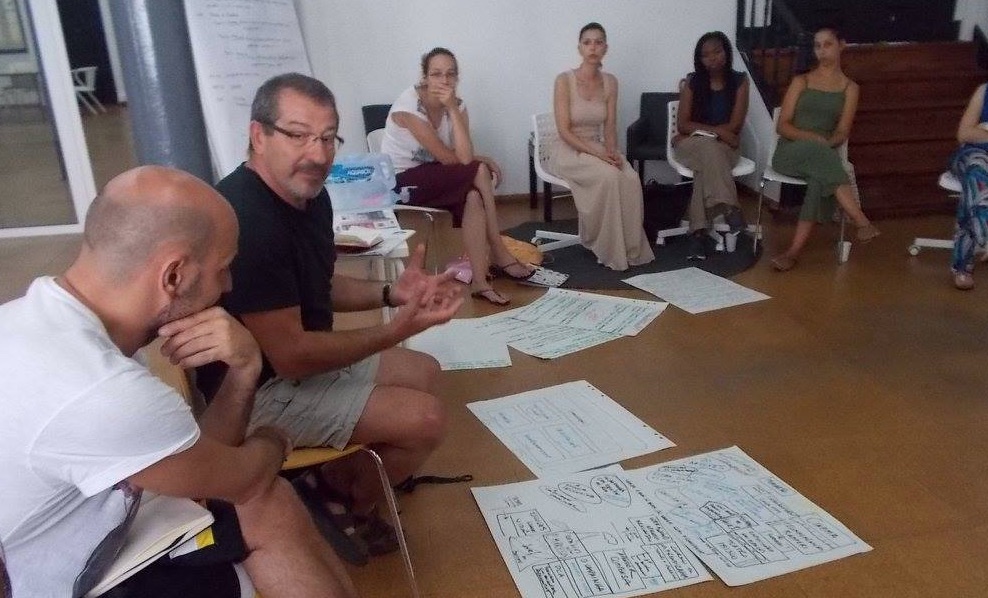 In Covilhã, Young HIGHLY Forum, held at the premises of Coolabora in day 29 of July the workshop “Energize the actions for young people” attended by social workers, technicians and responsible for local institutions to jointly reflect on three central dimensions of current work with young people: 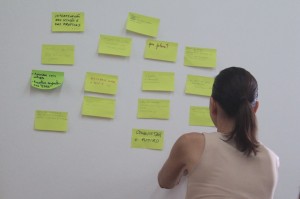 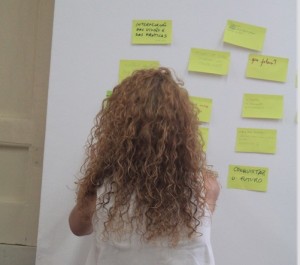 The workshop led by Coolabora and Caixa de Mitos took place on world Cafe mode and had moments of debate and joint work that have been particularly rewarding.

At the close of the workshop, Caixa de Mitos introduced a few topics to deepen further collective, in the following terms:

It is important to combat the tendency for the formalization of a social status glued to young people by naming them “Young NEET”, creating a dynamic of marginalisation and ghettoization through language, as happened with the unemployed, confusing “to be an unemployed” to be “in a situation of unemployment”, that is creating for themselves and for society as a whole the unemployment situation as a “way of life” and not as a concrete situation “in relation to work or have a job”.

The accumulation of multiple failures or various negative social situations, simultaneously on the part of young people with employment expression (or in his absence) in school (or in your early withdrawal) in training (or disinterest for it) appears as only one is only tip of the iceberg of what is truly tragic is the “life in insecurity” that marks the current times and the most intense social dynamics of society. Be in employment, but with the very short term contract and remuneration of minimum wage; be in school, but knowing that access to opportunities from the qualifications will be only for some and be at the training centre, but have of course at the end of the professional preparation and rare are the stages that links to employed in this panorama the central issue is not the motivation or the call to the combativeness of the young, but before the issue of the solutions to reverse or minimize the current precarious structural relationships.

It is in this field that justified radical criticism to the myth of the 3Es (employability, entrepreneurship and empowerment). 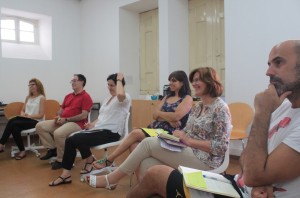 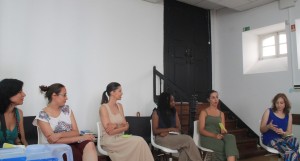 WHAT KING OF SPECIFIC APPROACHES CAN BE DEVELOPED TO ACT WITH THE YOUNG IN NEET SITUATION?

In 4 central axes, identification/location; orientation; training and accompaniment we can advance some references:

Identification/location, how to enter the universe of young in NEET situation, how to establish contacts and facilitate consistent interventions?

In this respect the key idea for those who are working in that kind of tasks must be to promote opportunities and capture to new proposals rather than systematically presenting pre-formatted solutions without any involvement of the potential participants.

Creating opportunities and building bridges from demand instead of supply appears to be the most appropriate way to intervene positively in this field of action.

Guidance, how to enter in relation with the young in NEET sitation, a projective dimension, an approach at future possibilities?

This strand of work with young people the central principle lies in mobilizing for action. There is no point talking about future and options in the professional field or other, if in the eyes of who receives these references anything truly useful may happen.

Act, foster action, constitutes a first dimension of “possibility” of “realisable” hypothesis, and nothing better to do around unconventional actions and initiatives that result in a basis for other future actions.

Training, how to introduce the measures with at-risk youth and formative dimension NEET support for developing new skills without being through the conventional models of training?

For those who get out of training courses along their route of exclusion, will certainly not be a good idea to introduce “training” as a way out of the difficulties.

The rejection of the conventional models of training is something absolutely guaranteed. In these terms the approach has to be performed by the side of personal valuation, i.e. proposals for activities in which each participant feel to achieve something that want to do and that puts in expression of their actual skills and qualities. A pedagogical approach that puts the participant in a situation of dominance and self-control rather than a state of frustration in face of contents, unknown or not.

Accompaniment, how to support youth in NEET situation in a pathway whose itinerary is dominated by their choices and actions based on your priorities

To facilitate a process of progression based on what is truly important to who is accompanied means and obliges to abandon the prescriptive support processes, with preformatted solutions and above all involves putting themselves on the side of “demand” instead of “offer”.

The negotiation related to the accompaniment, in that kind of situations (young in NEET situation), requires a professional attitude of humility and true co-construction, non-judgmental and unprejudiced in face of rejection or the devaluation of the solutions considered for possible or desirable.

The four fields of intervention mentioned above are usually prefaced by prevention-related initiatives. It is true that in this fifth domain much needs to be done and within this framework of action there is above all to listen on a permanent basis young people who need support or that are likely to need it.

Also in preventing the best solutions are those that are based on the initiatives designed with and by young people themselves. 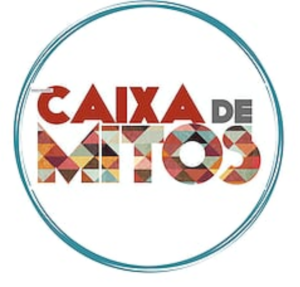