To formulate the challenges you need to:

[1] In this domain, the project “NEET prevention keeping student engaged at Key Stage 4 . Top tips for senior leaders” (National Foundation for Educational Research, 2014) is very interesting and seems to work in a very similar direction of our orientation. For more details: https://www.nfer.ac.uk/publications/IMPE03/IMPE03.pdf

[2] Cfr. The data refers to the international survey OECD-PIAAC on adult competences in October 2013 by ISFOL.

[5] Mobility presupposes transparency of professionals and educational qualifications as well as the presence of disposals that allow citizens to transfer their competences from one system to another, from one country to another (see below tools for mobility).

[6] Three types of beneficiaries and actions are identified:

1) young people in unemployment and not in possession of qualifications (budget activities, guidance, additional training and internship in companies, even abroad, and initiatives of placement);

2) unemployed young people in possession of secondary and university qualifications (training modules in the company in order to qualify them and thereby make them valuable in the job market with placement actions);

3) young people in difficulty and in danger of social exclusion (educational activities of a promotional nature like “second chance“, with strong relevance for internships and work placement paths targeted and accompanied).

[9] Cedefop, Terminology of European education and training policy. A selection of 100 key terms, Luxembourg: Office for Official Publications of the European Communities, 2008. A second edition was published in 2014.

[10] Among the pilot experiences for the promotion of the system and for the implementation of EQF is the project Color – Competency and learning outcomes recognition for migrants (March 2011 – April 2013) with the participation of six regions. For more details: http://www.isfol.it/Istituto/chi-siamo/dipartimento-sistemi-formativi/cooperazione-transnazionale-1/progetto-color . 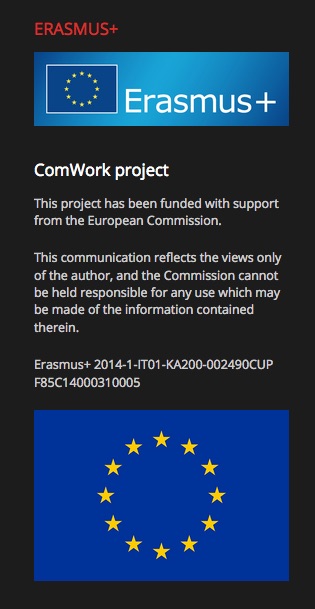